Here are 5 things that if you stop doing them, you will burn more fat.

Sugar is just as addictive as hardcore drugs. And it’s everywhere including and in almost all processed foods.

Yes, sugar is a carb. But if you want carbs, go for:

And having said this….

We had the opportunity to listen to the late Charles Poliquin give a presentation on optimal fat loss programming and in this seminar he explained his basic diet principles:

“If it doesn’t fly, swim, or run, or if its not a nut or green vegetable you don’t eat it”

If you want to eat a carb after a workout for some extra substance then that would be an ideal time. But the more you limit carbs, the more you control insulin spikes and the better state your body will be in to work for you and lose weight the times that you are not in the gym.

Consistently spiking insulin with sugar or carbs does not put your body in a state where it can lose weight!

Here’s some science for you:

If your insulin is chronically high, you have hyperinsulinemia (too much insulin in the blood).

THIS IS THE ROOT CAUSE OF CHRONIC DISEASE.

THE SOLUTION – STOP EATING SO MANY CARBS!

This brings us to our next point…

3 >>> STOP EATING PROTEIN BARS AND SHAKES ALL THE TIME

Protein from real food is always a better choice for weight loss, and this does not include protein shakes or bars.

Don’t they just sound too good to be true?

Chocolate covered deliciousness with more protein than a chicken breast? 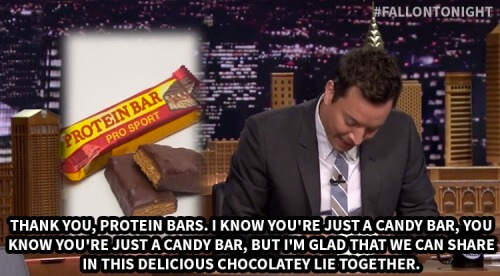 And even mars bar is getting in on it?

Do you think eating this will get you closer to your goals?

See how there is not much difference between a protein bar and a Mars bar?

Eating protein bars while you could’ve had real food is doing.it.wrong.

REAL FOOD OVER EVERYTHING.

I wrote about this extensively here.

And let’s be honest, it’s boring!!! Even worse if you are in a gym on a treadmill like a hamster staring at a wall. 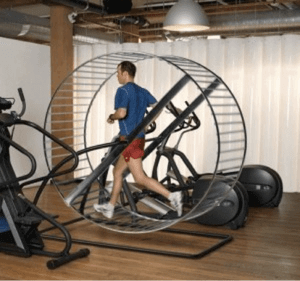 My gosh, that’s no way to express the dyanamic functionallity of the human body now is it?

When you are building your meals, the majority should be protein and vegetables. When you chew food and eat a little slower, you allow your ghrelin hormone to decrease, this will tell your brain that you’re being fed so you won’t overeat carbs at the end of the meal.

When looking at how to eat… it really should look like this beautifully simple 13 word statement:

EAT MEAT AND VEGETABLES,
NUTS AND SEEDS,
SOME FRUIT,
LITTLE STARCH,
NO SUGAR.

It all starts with action.

Let us know how we can help,
Josh Saunders
LVFiT

GET THE LATEST ON SALES, PRODUCT RELEASES, AND MORE…